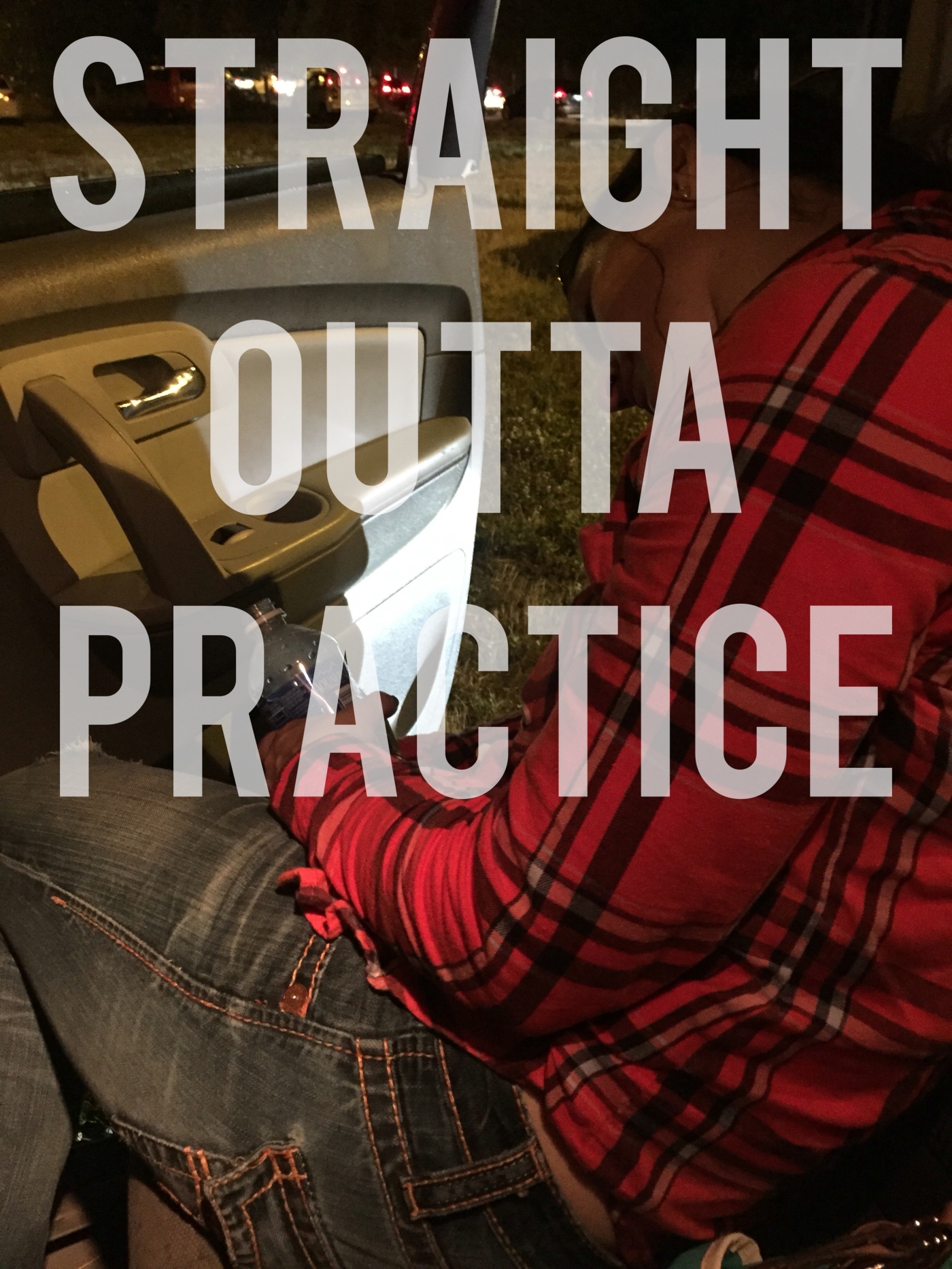 I don’t think I’ve ever been a miserable person. I’ve always known that happiness is an inside job and it’s my responsibility to keep myself happy. That being said, I’m not sure if drinking ever made me more or less happy or it was just something to do with friends because I can. I don’t ever feel like I need a reason to escape, I’m quite content in all my life’s facets…but there was a few year stretch where one may think I was drinking to something. Whether it be to forget, to ignore, to have fun, for something to do, to pass time, to laugh more….but really I just drank to drink. Frankly, I enjoyed it…and I thought I was fun when I was drunk. But I think Drunk Andrea wore out her welcome more than once.

I never experienced a hangover till I was over 30 and never puked from drinking too much till then either. I never got EXTRA stupid and made mistakes that can’t be forgiven but I did make several other mistakes and made a grand fool of myself from time to time. I said all sorts of weird things and got feisty and had really wild ideas. “Sneak a Pizza” is a Drunk Andrea invention. If you watch Ellen you know what “sneak a freak” is. If you don’t – it’s just trying to freak dance with someone behind their back without them noticing. If you are successful, you win, if you aren’t, you lose…and it’s hilarious. Sneak a Pizza is similar but you have to be at a place that has pizza (in the inauguration of this grand invention I happened to be in the bar of a Pizza joint) and you must just eat some stranger’s pizza without them knowing. Honestly, I don’t think I was successful, EVER, but I got a kick out of myself, I do remember that.

I remember dancing with strangers, karaoke, drunken games of pool, long walks downtown, allllll the food…but I also remember bits of the last night I got drunk…mostly, it was pleasant…till it was NOT.

I think it was nearly three years ago, June I believe, The Dixie Chicks were coming to the White River Amphitheatre and as a girl who lived her best years in the 90s listening to them…I had to go. I drug with me my mom, my good friend (Stefanie), and my sister in law. Lucky for me my sister in law, Kelbi, is a bit of a control freak so I knew she’d want to drive. On the way up I had maybe 4 shots, which was NOT overdoing it for me at the time. We stopped at a burger joint on the way and got to the concert timely. I remember the $15 beers or whatever ridiculous thing. I had one bud light margarita (or whatever they are called) throughout the evening. Once the concert came to an end (FANTASTIC PERFORMANCE BTW) I remember walking out to the car in the rain and it hit me HARD. My suspicion – I was roofied by someone, but who knows. What I don’t remember is our 3-4 hour ride home because the freeway was closed (bless Kelbi’s little heart), I don’t remember Stef driving us from Kelbi’s to my house in my car (because that was supposed to be MY duty), I don’t remember trying to trade soda pop for snacks in the parking lot of the venue. I don’t remember puking most of the way home. I do remember finally getting in the door at home and walking straight to bed and sleeping with all my wet puke covered clothes on. And, of course, I do remember feeling MISERABLE the following two days. I remember Kelbi had to drive to Wenatchee really early the next morning and my mom and Stef had to drive themselves home safely that night too. I remember getting THIS photo

sent to me the next morning by Kelbi’s husband and being mortified. He joked saying he “felt bad” being the cause of my sobriety, but it obviously wasn’t him. I deserved that. ONE HUNDRED percent. How selfish of me to get so belligerent that I couldn’t keep Kelbi company that long dreadful ride home? How selfish of me to go so far to not be able to drive from Kelbi’s to my house as I agreed to do? This concert was MY idea and I turned into a straight up shit show.

I’ve heard people, after being hung over, say “I’m never doing that again”…and usually they get back at it at the next big event, or the next week, or the next day….depending on the person. I went next level on that phrase because I don’t do the “grey area of life”. I’ve had less than 5 drinks since this dreadful night and the process has been hard for me. I would have never called myself an alcoholic, ever. However, there is this stigma that comes with being sober. Maybe I’m too good, or no fun, or name it…I have heard it.

Over the last couple years I’ve been invited to less events, and seen less people by my own choice. I’ve realized I don’t love the drunk version of everyone in “my tribe” so I stay away from situations where I may encounter that side of someone. I call this “drunk friend avoidance”. I like to TRY to hang but sometimes I ghost out and it’s really for my own sanity, nothing personal. My own dad is a little disappointed I am off the sauce “how can my daughter not drink!”…he says it as a joke, but I know there’s a part of him that is serious. Sometimes I think my husband wishes I would drink from time to time, but I’m going to assume he loves me all the same 🙂

Contrary to popular belief, I don’t think I’m better than you if you drink. I actually wish I could enjoy one beverage here and there but that is NOT a thing for me. Remember, the grey area? I mentioned it earlier. That being said, if you can drink, and enjoy it, and not turn into a total fool…GOOD ON YOU. However, 7 times out of 10 – you probably are a complete asshat at one point or another when you’re drunk, and if I don’t hang out with you very often anymore…that is PROBABLY why. Not only do I not want myself to turn into “Drunk Andrea” I also don’t want to be “Sober Andrea who spends her nights holding hair back, breaking up bar fights, cleaning up puke, listening to drunk rambling, and talking friends down from ridiculous ideas”….THAT sounds like even less fun than “Drunk Andrea”.

It’s been a pretty weird journey, honestly. I try not to get my feelings hurt or be down about it…but sometimes it’s tough. Maybe you don’t know me well enough to know I actually DO have some health issues that are more manageable when I’m sober – and the people who do know me well and also care about me are happy I’m sober. Myself included. Adulting is weird, and becoming Sober Andrea has been the strangest part of it so far in my expedition into adulthood. Even more strange than learning how to enjoy a completely lazy weekend and not feeling guilty when Monday rolls around and I haven’t touched a single thing on my “to-do list”.

All those coined phrases I hear would be a great closing to this vomit of feelings, YOLO, or Living my best life, or whatever kids say these days…but I’ll leave you with this one: Everyone is fighting their own battle, so, if you can be anything, be kind.